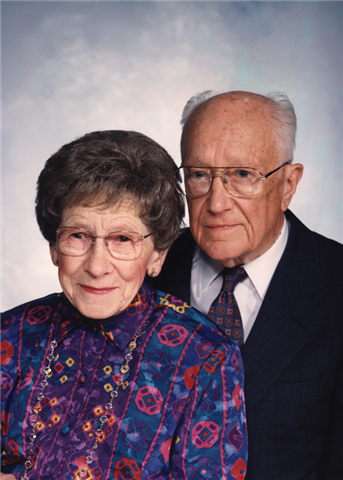 History of the Foundation

Russell H. and Maxine E. Smith were life long residents of Bay County, Michigan. Mr. Smith began his 56-year banking career in 1923 as a messenger for the Bay City Bank (now Chemical Bank). He later became President of the bank and retired in 1979. He and his wife, Maxine, were active members of several community organizations and gave much of their time, money, and leadership to various community projects.
Mr. and Mrs. Smith established the Russell H. and Maxine E. Smith Foundation prior to Mr. Smith's death in 1995 at the age of 91. The funding of the Foundation occurred after the death of Mrs. Smith who passed away in 2000 at the age of 93.

Purpose of the Foundation

The Smith Foundation was formed to primarily grant funds to charitable organizations for the support of programs and projects which benefit the residents of Bay County, Michigan. Projects are judged for their feasibility, quality, and long term benefit to the community. Priority is given to projects that will have a multiplier effect upon the community with matching funds from other sources.

The Foundation will work actively with government, civic, service, educational, and philanthropic organizations to identify fundable projects. The Foundation further seeks to augment its financial resources through outside contributions to expand the range and scope of community projects it is able to fund.

The first step in the application process is to contact Kathy Czerwinski at (989) 213-1225 to discuss your project.

Apply for a Grant >>